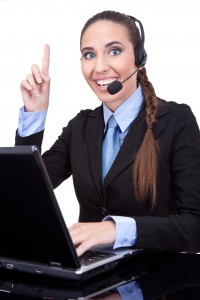 There was a story going around the internet that was probably apocryphal, but I like to think it was true, as it gives a valuable lesson in sales, if not in life generally.

A university student at a business school was carrying out his final exam when the last question came up. It simply asked:

“What is the first name of the lady who cleans this study room?”

Now, the student had seen the lady many times, and had exchanged pleasantries  with her a few times in passing, but certainly didn’t know her name.

Surely, this was a joke question?

How would anyone in the class know her name? Why was it important in the context of the exam?

He handed his exam paper in with that last question left blank. Later, he asked the professor about the question. It was a joke, wasn’t it?

The professor replied that no, it was a serious question, and was there to test a business theory. In the students’ future, there would be many people who would cross their paths. Some would be vital to their careers, some would be influencers in their decision-making, some would be just fleeting passers-in-the-night.

“But,” continued the professor, “you may never know which one is which, so in order to be effective in future business, it is good practice to know the names of people you meet, even if it may be the one and only time you meet them. It could be they play a vital part in the overall scheme of things. You might not know it yet, but they may be the next important decision-maker in your life!”

The student paid attention to that lesson, and decided to take the professor’s words seriously. He found out the first name of the cleaner, and had a chat with her whenever he had the time.

During his career, he made it a necessity to find out secretaries’ names, receptionists’ names, gatekeepers’ names and personal assistants’ names. He used them whenever he could, so he became well known, not only to decision-makers, but also to their right-hand people. And he found business would often come his way, because he cared about the little things. He created an impression whenever he would call a company, as he would always call people by their names, and endeavour to remember them.

It’s a great lesson for us all, as we never know the impression it will make in the world we live in. It’s not just good manners but also a person’s name is the most personal thing they have. See if you can ask for and remember (make a written note, if you have to) people’s names when you meet them. You may be surprised by the impact it has in the short and the long term.