Most of my working life has been spent in sales. There have been examples of good, bad and ugly that have stayed with me over the years. During the time that I’ve been involved in training and coaching salespeople, I’ve seen and experienced ideas and techniques that have worked so well that I have been convinced and persuaded to buy. I’ve also experienced attempts to sell to me that have left me almost speechless in wonder that this person chose this profession to make a living. 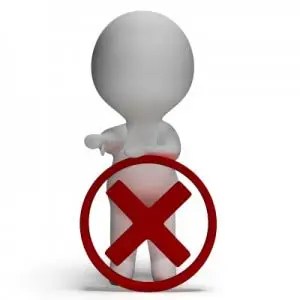 Let’s take the word ERROR and see how it applies:

The first error is that they don’t learn from their EXPERIENCES. Many salespeople will fail to close or lose a sale and blame other things for that failure. They’ll criticise the prospect (they wouldn’t know a good deal if it hit them in the face), or the product (how do they expect us to sell this stuff?), or the competition (they’re bigger, better and cheaper than us…how am I supposed to compete?).

Better salespeople don’t make this basic error. They take lessons from their experiences, identify what needs to change to enhance it and work on making sure the same mistake doesn’t happen again.

Error number two…They don’t build expert RAPPORT with their prospects. Many buyers will build up trust with their suppliers and this is built on the good relationship that they enjoy with them. It starts with establishing a common ground and level of understanding between both parties. Better salespeople start the sale by getting on the right wavelength with the prospect and showing the personal touch before they move the sale on.

Error number three….The type of RELATIONSHIP between the client and supplier is not forged successfully. Many clients complain that their supplier takes time and effort to ‘court’ them when they want their business, but after the sale the attention is not as acute, and it generally is left to go its own way, only being addressed when there are problems or challenges. Better salespeople keep the lines of relationship open and developing as the servicing continuous.

Error number four…Their ORGANISATION is poor. I often ask salespeople how much of their sales figures they know, and it’s shocking to see the lack of knowledge they have. Organisation skills are sadly lacking for most. This doesn’t just involve how many sales they’ve made and the profitability of those sales, but also key account management skills, territory management and time management abilities. Better salespeople organise themselves to support the sales opportunities they have created themselves and through their company.

Error number five…They don’t REALISE their Potential. It’s a shame that many salespeople don’t live up to their potential, allowing their careers to mellow and plateau instead of growing to reach the goals they could achieve. By not having a journey towards personal development targets, many have failed to build entrepreneurial mindsets that would have seen them achieve so much. Better salespeople see opportunities to take their careers onto a higher level, reach closer to their potential and hence reap the rewards of a successful journey.

These aren’t the only five errors, of course, but they are the ones to which I’ve seen many sales people fall foul. Avoid these errors and you’ll build a good reputation and have the chance to succeed where many others have failed.