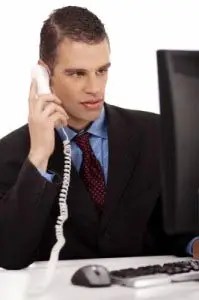 I once read of an expedition to find hidden treasures in the Middle East. Rumour had it that wealth beyond compare had been buried in caves by ancient people who had been trying to escape war-mongering looters.

The surveys carried out had revealed there were indeed treasures to be found beneath the surface of the ground in the caves that had been the subject of their investigations.

Sure enough, just days into the search, many treasures were unearthed and the team were ecstatic at their findings. Gold, jewels and silver were taken away, examined, dated, valued and put on display at various museums. The findings were seen as a treasure trove  from the past.

Years later, other excavators decided to re-examine the caves. This particular team felt that not all the treasure had been uncovered. They felt there may well have been more hidden deeper in the caves, and that the original teams had stopped digging too early when they found the treasures.

Sure enough, after digging only a relatively few feet further down, this new team uncovered more valuable treasures, valued even more than the original find.

If the first team had only continued digging, they would also have found these buried treasures. They were literally just a few feet from finding even more value than they had originally uncovered.

When I read this, it reminded me that the best salespeople are able to uncover and find out much valuable information about a prospect if only they were to dig deeper. We can do this by recognising that the quality of our questions will determine the quality of the information we obtain.

We can catagorise questions into three levels: Surface, shallow and deep.

If we seek for something at the surface, it won’t reveal much of what is hidden. Similarly, surface questions won’t uncover much detail.

Surface questions could include, for example, “How is business?” “Judging by the photos on your desk, I see you have two children, yes?” “How many salespeople do you have at the moment? “What kind of products sell best for you?”

You may need to start of with ‘surface’ enquiries, but they don’t reveal very much about the business or the way the person makes decisions. We need to dive a little deeper.

Shallow questions build on the information you have uncovered. They could include, for example, “How do today’s figures compare with last year’s?” “What further inroads into this market could you make if you were able to?” “How has the improving economy affected the way you market your products?”

These are slightly deeper questions and obtain more information. They could uncover more treasures as the prospect reveals more about their business and future plans. These ‘shallow’ level questions reveal whether you are able to assist the prospect in a more meaningful way.

These type of questions open the way to the level of questioning that reveals the real treasures…the depth of which will help you to present solutions that create opportunities for the prospect that maybe they hadn’t seen before. ‘Deep’ questions uncover information and build on previous data that may well take the discovery journey on a different path or deeper purposes.

Examples might include, “So with the increase in business you’ve seen in the last few months, what changes to your current business practices will help support the further growth you are expecting?”

“If the current trend continues, how do you see the departmental structure and set-up in the next few months?”

“ Could you describe the criteria you will be using to choose your future business partner, so you are certain that relationship will bring the desired results you have described?”

You’ll notice these questions dig deeper to get the prospect to open up about the future operations and allow you to formulate plans that will assist in their business development.

You then have the chance to build your future partnership with the prospect instead of it becoming a transactional-type relationship, built on shallow foundations with surface or shallow information.

Treasure could be buried deep in the ground, and it could take time and effort to uncover it. When you do, you may discover opportunities that wouldn’t have been available previously.