How To Persuade The Customer To Make The Correct Decision 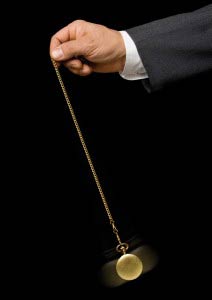 It’s often considered that the ability to be able to persuade someone to make a decision is a key skill in a salesperson’s armoury. For many, it means that you can sell something that maybe the customer hadn’t thought they needed and in many circles it can be an added advantage.

But we need to be aware of the crossover points. By this, I mean there are boundaries that people have in their minds that enable them to protect themselves against being forced into something they don’t really want to do. It’s important to know those boundaries so we don’t overstep the mark and make the customer feel pressured into making decisions.

There are three levels at which we can have an effect on other people, and they are influence, persuasion and manipulation. I’m sure you know the difference, but a quick reminder is always helpful!

Influencing something or someone can be thought of as being ‘passive’ in its actions. A marketer will use mailshots, brochures, radio and tv adverts, posters, newsletters, blogs, and suchlike to make people aware of their products or services. The reader, listener or viewer will now be aware of the product and will be able to make up their own minds as to the value of it to them or their business. To influence is “the capacity to have an effect on the character, development, or behaviour of someone or something.”

How can you ‘influence’ someone effectively? Well, the subliminal signals you give can have a big effect. Your greeting, the way you portray yourself, your professionalism or your approach can passively make someone take a decision. Doing something for someone else may have an effect on them through the law of reciprocity. They feel they have to repay in some kind.

Influence is passive and non-forceful, but works because people don’t feel under pressure and can make the decision themselves.

The next level is Persuasion. This can be defined as ‘the action or process of persuading someone or of being persuaded to do or believe something.’ This is obviously more ‘active’ in its nature, and means the salesperson is using more force themselves with the customer.

The dictionary defines it as ‘creating belief in something through reasoning’. Other words used can include convincing, compelling, eloquence, effectual, plausibility and credibility.

This conjures up the idea of being able to get your own way while treading on and over others. However, when done effectively, and in conjunction with influence, it can work in a sales environment because it allows the customer to make the right decision for them after weighing up all the options and encouraging them to think through the best alternatives for their future.

Being able to persuade through influence is a key skill, as the customer feels they are still in control and have the ability to ask questions, reason on things, think rationally as well as emotionally and not be forced to make decisions they might regret later.

The third level of effecting others can be seen as Manipulation. This is the action of forcing someone in a clever or unscrupulous way, getting what you want by ignoring or harming others’ desires. Manipulators use charm, persuasion, coaxing, and misdirection, and are often brought to mind when jokes about forceful salespeople are discussed.

As suggested, manipulation forces people into a decision that they may regret later. Being told by a salesperson that this offer is only open for today could make a person feel they have little or no choice is they want to take advantage of the product or service. When choice is effectively taken away, people feel pressured to make decisions and this pressure and stress can have an adverse affect on the way they determine the choice, both during and after the event.

So, what does this mean to us in sales? Naturally we should consider the customer’s position as we are discussing the options they have available. MTD Sales’s research has shown that a mixture of up-front, passive, direct influence followed by clear, two-way, affiliative, conscious, open persuasion is the most effective form of discussion, as the customer feels they are making decisions right for them or their business, without the pressure or being forced into something they may regret later.