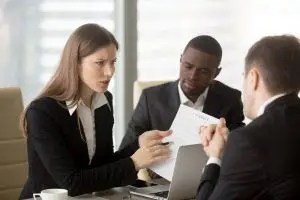 Many times, when your prospect has had a chance to think about your offer, they come up with observations and comments that stall the progress of the sale. For whatever reason, they are yet to be convinced that you have the answer to their problems.

In response to this, many salespeople use a familiar tactic that they’ve heard about, convinced of it’s ability to overcome any objection.

It’s become known as the Feel, Felt, Found method, because those are the words used to convince the prospect that others have been successful in using their services.

Prospect: “It looks expensive to me; I’m not sure we want to pay that much”

You: “Yes, I understand how you must feel, Mr Prospect. In fact, other clients of mine have sometimes felt the same way. When they started using our widgets, though, they found that we actually saved them money on stocking costs and increased profitability”

You’ll notice the occasions that Feel, Felt and Found were used in the reply. This standard reply asks the prospect to believe the as-yet unseen testimonials of current clients.

It doesn’t, however, address the real objection the prospect has brought up. How, for instance, do the ‘other clients’ compare with their own organisation? Were the needs the same? Were their operations working with the same overheads and challenges that this prospect’s company were facing?

In other words, the Feel, Felt, Found method can easily cause more objections to come up in the prospect’s mind.

Don’t get me wrong, this method has its place in your dialogue with the client, but our advice is to use it sparingly. Customers are very savvy today and have probably heard this response many, many times, which makes it stand out as a standard reply, and one to be wary of.

A better response to this question of expense would be to probe deeper as to the meaning of the objection. Has the client only taken into consideration the up-front investment? Is the prospect comparing like with like? Would you be able to reduce his running costs over a period of time that would actually save money in the long run?

It’s better to clarify the real meaning of the objection before trying to prove him wrong by sharing what other companies have experienced. When you’ve checked through the real reasons for the prospect’s worries, then you might be in a position to share how others have benefited from your products and services.