In no less than 6 weeks MTD Sales Training’s MD Sean McPheat will be returning to the stage at the Institute of Sales and Marketing Management’s (ISMM) Successful Selling Conference at the Ricoh Arena in Coventry on October 12th.

Following on from the success of last year’s conference where Sean keynoted to over 1,000 sales professionals on his alternative sales method known as eselling©. During his keynote, Sean showed the audience at the ISMM why they should be using social media and other internet-based services to enable better prospecting, personal branding, networking and engaging with key decision makers online.

This year Sean will be delivering his Practical Sales Clinic breakout session, in which he will be digging even deeper into the concepts behind modern day selling and showing attendees at the event exactly how they can use the power of social media in their selling to gain a real return on their investment.

Sean’s return to the Successful Selling Conference has been causing quite a stir in the local media, with the Coventry Telegraph publishing a great piece on the background behind Sean’s modern day sales approach – detailing Sean’s achievements as an entrepreneur and the owner of many successful internet-based businesses. 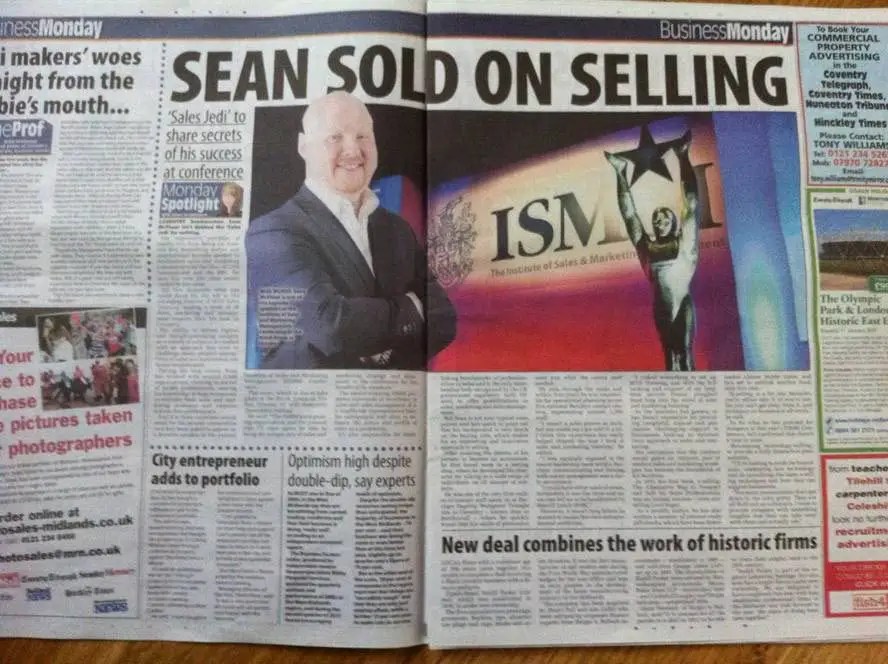 Sean has proven that his modern day approach to selling really does work, and he is keen to show other sales professionals and business owners in all sectors and industries exactly how they can use the Internet to improve their sales performance and generate more qualified leads for their business.