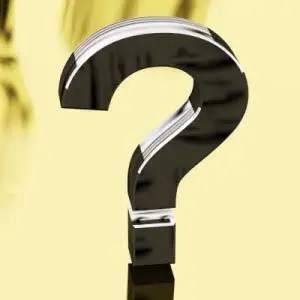 Imagine you’re walking around the shops and an elderly man approaches you, asking you some questions.

You try to ignore him, but his questions are powerful and engaging.

He makes you think a lot and you find yourself drawn into the conversation which very quickly brings out how you see a current situation.

Although he never really takes a position, you find yourself questioning how you see that situation.

As you end your conversation and leave the shopping area, the ideas his questions have planted are making your mind buzz with curiosity and intrigue.

This is exactly the impact that the Greek philosopher Socrates had on the crowds that listened to him.

His philosophies and ideas had people gripped.

Yet, his style was effective, not just because of his vast knowledge or wisdom, but because of his method of questioning; something from which we can learn some very insightful lessons.

Very few salespeople have heard of his form of questioning, so it would be useful to identify how some of his thoughts can be brought into the 21st century.

To understand why he is the farther of questioning, one needs to understand how he viewed the world.

So, what exactly did he do that we could learn from today?

Well, he answered most questions that were asked of him with another question.

Then, he used questions to discover what another person’s values and beliefs were. This is the foundation of persuasion.

After that, he would frame questions to direct the thoughts of listeners in the way he wanted them to think, while they thought it was their ideas and thoughts

This was followed by questions that were framed to overcome resistance, something that we could do if faced with objections.

So, how can you use these ideas with modern-day buyers to help you build better relationships and gain more sales

Well, firstly, answering a question with a question sounds very simple in theory, although many can get the wrong idea about this.

It’s not just a case of rebounding the question back.

If the prospect asks: “Can you tell me more about your after-sales service?”, replying with the question, “Why do you want to know more about that?” would probably antagonise and puzzle them and you would lose rapport.

No, the question has to be in congruence with the idea the other person is contemplating.

For instance, the above question could be reflected back with something like, “Naturally, after-sales service is a really important area for you. What would you specifically like to know about it?”

What this does is help you get a very clear and precise picture of what the prospect wants to know, rather than just giving a generic answer about everything your services offer, which may not be what the prospect actually wants.

Secondly, Socrates used questions to discover values and beliefs of other people.

You may find this difficult or strange, but it opens up the conversation in a way that other salespeople may not be able to do.

You can ask things like, “What makes you feel that way?”, “How did you get to that conclusion?”, “Can you expand a little on that?”

Socrates also framed questions so that he could take conversations along a certain direction.

We can do this if we want to redirect the conversation, or if it’s going a little off track.

Questions like, “How do staff costs influence your decisions here? Do the current ways of working have to change much to gain the results you’re looking for?”

These framing questions give you control and encourage the prospect to think in the direction you want them to go.

Finally, there’s the idea of using questions to overcome resistance.

Socrates used these types of questions when dealing with situations where information was being held back, or delicate issues were being discussed.

The idea is that you make statements that you know is wrong, so the prospect has to correct you.

It makes them highlight the main issues and reduces the resistance that may be stopping them from opening up.

Examples could include, “So, you’re using XYZ because of their pricing structures, is that correct?” (You know it’s incorrect, but you want to find out the real issues).

“I understand your staffing costs have gone up. Is this the biggest concern you have?” (You want to uncover the real concerns the prospect has).

“The discounts from your current suppliers…are these the best deals you were able to obtain?” (You know they got very little discount, but you want to ensure you find out their real buying motives).

This type of question means you have probably build up a great deal of rapport, so they are more willing to open up with the real reasons.

Probably, if you had asked the question directly, you would have got a deflecting answer.

Socrates lived over 2500 years ago.

His ideas and philosophies worked in many circumstances back then.

Used appropriately, they can be used effectively today, and clients would not be aware that you are using ancient and highly effective questioning techniques.