The 6 Most Common Mistakes Salespeople Make In Their Opening Discussions 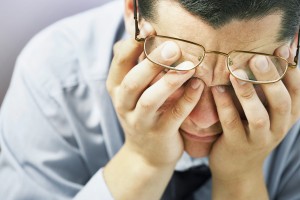 You’ll have heard of the ‘elevator speech’, that first few seconds’ introduction that can make or break a conversation you have with a prospective client.

It’s called the elevator speech because it normally takes the same amount of time you’re in an elevator to make a first impression and make someone think it’s worth having a conversation with you.

What do you say when you first meet a prospect and start the discussion?

Do you open with small talk?

Do you pile in with who you are and heat you’re there for?

Or do you try something else?

I’ve listened to many openings that salespeople have made in meetings and it’s obvious when someone has not planned for the meeting effectively enough to make that first impression.

Here’s an example of a poor elevator speech and my reasons why they are poor:

“Hello, Mr Prospect. How are you today?”

This is known as a filler, and tells the prospect that you are there to sell something.

Although the question in itself isn’t wrong, it’s become known as a stock opener and everyone knows you’re not really interested in the other person’s health.

“I’m Fred Smith and I work for ABC Widgets”

What’s wrong with this, I hear you ask?

Well, it actually demeans the salesperson, and turns them into a salesperson immediately.

“Have you heard of ABC Widgets?”

O, come on. This demeans the listener and makes them a) look a fool if they haven’t b) look as if they’re wasting their time answering the question if they have.

“We are the leading provider of widgets in this area”

Sorry, but being the leader in anything doesn’t mean the prospect should buy from you.

The prospect doesn’t know how their business will benefit, so it’s a boast that average salespeople use to cover up their poor salesmanship.

“Our business is transformational resourcing”

Especially if those buzzwords have to be explained to anybody who has an ounce of intelligence.

“Do you have time now for me to buy you a Starbucks?”

This is a poor example of a “forced close”.

The prospect immediately feels under pressure and also feels obligated to give something back to you for being bought some coffee.

Did you notice the six mistakes made in this short communication?

These are just a few examples of mistakes that can be made in the elevator speech.