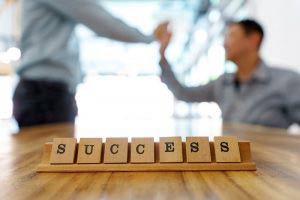 My recent trip to Geneva to deliver an advanced communications programme for a pharmaceutical company went very well.

I was thinking about the ideas we discussed on the programme as I was boarding the plane home. Hoping that we would be able to take off on time for a change, our hopes were dashed when the captain told us that there would be an air traffic control delay.
My neighbour and I groaned in unison!

It was a filthy evening with a strong wind and heavy rain. I settled down to read my book and the captain then announced the delay would be about 30 minutes. Now, I don’t know about you, but sitting in a cramped seat for longer than absolutely necessary is not my idea of a great time.

We were kept informed every few minutes of developments, but no real good news. Then, 15 minutes after the first announcement, the captain told us we had been given the all- clear and would be leaving immediately.

By neighbour gave a little cheer and said that it was 15 minutes earlier than expected. He was pleased! To a certain extent, so was I, but in reality we were actually 15 minutes later than planned.

Had the captain deliberately extended the promised delayed time, just in case? Was he underpromising and overdelivering?

I don’t know. It made me realise, however, how much trust we put in other people’s promises. A customer might say he will get back to us with an answer by a certain day and it doesn’t come. How does it make you feel? Puzzled? Frustrated? Resigned? Worried? Or didn’t you expect an answer on time anyway?

Your clients and customers may feel the same way, too, if you promise one thing and then don’t deliver on time. You can avoid this by giving yourself a little extra than you may have first thought, allowing for any unforeseen delays and still delivering on time.

Also, the promised time sets the expectation. If you deliver before this time, it may impress the customer enough to earn you some brownie points with them. Just don’t take advantage of it too much, as they will start to see through you.

Yeah, we arrived later than planned back in the UK; but my neighbour wasn’t too displeased. ‘Better late than never!’ he said as we parted company. I thought ‘How about better never late?’ Oh well, I can dream!