Use This Wording When Revealing The Price To Your Prospect 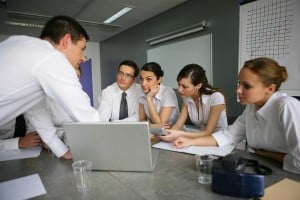 Have you ever been on the phone or in front of someone who is trying to sell you something, and then when the issue of price comes up, they say something like, “Are you sitting down?” or “I hope you’re prepared for this”?

When we are thinking about price, we automatically feel negative before we know the facts because we feel that we want a bargain and we seldom, if ever, get it.

Hearing something like those comments above creates a negative feeling and induces a negative state in us, because it’s now obvious that we are not going to be happy with the price.

It’s as if someone has said to us “Brace yourself for bad news!”

People evaluate information based on the state they are in when they hear it, so we have to be careful when talking about price that we aren’t in the habit of negatively pre-conditioning the prospect.

When we pre-empt what we are going to say with something negative or apologetic, the obvious state of mind of the other person is going to be negative.

Instead, think about what you can say to get the person into a state of curiosity.

It may be the price of your services is much higher than your competitors, so it would be silly to presume that they are going to be ecstatic about your pricing structure.

However, you can still make them anticipative of the value that you are offering by what you say before you reveal the price.

Don’t, though, try the old market-stall trick of counting down from a higher number, as it sounds tacky and patronising.

What you can do instead is refer back to the value you have already built up and then show how the product will benefit them in the long run. It would sound something like…

“So, we’ve seen how this will help you save up to 15% in running costs over the next two years, which you said equates to over £1000. You said earlier that the competitive model is £x.

This model is £x + £500, so it means that you will get a return on your investment in just one year. After that, you will be seeing the value increase, and you’ll get all the extra benefits this product will bring.”

What you’re doing here is pre-conditioning the prospect to remember all the benefits they will receive in the long term.

Especially if saving money is a prerequisite for them making a choice, this will sound really positive before the price is revealed.

Also, you will see that the actual price you quote is buried in among the statements of ‘value increase’, ‘help you save’ and ‘extra benefits’.

You have creating a feeling of anticipation as you say he price, so prospects are able to justify the purchase decision in their own mind before the actual price is revealed.

Try to condition the prospect in a positive way before mentioning the price and you’ll see the acceptance of the value increase in their mind.