What Happens When The Prospect BUYS And Then Cancels The Sale? 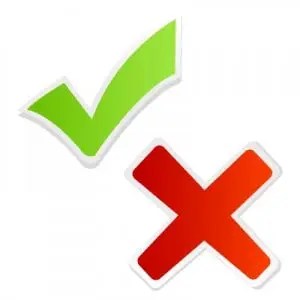 If you have been around the world of professional selling for any length of time, then you have probably experienced the following baffling, sometimes even shocking turn of events:

The sales interaction went flawlessly and the prospect was interested and enthusiastic throughout. During the close, the prospect offered a couple of routine objections which you easily overcame, and you closed the sale. The buyer seemed happy and you made a huge commission. The next day, the buyer calls and cancels the sale! Not only does he or she stop the payment on the cheque, but the buyer does not even want to speak to you.

What happened?
You may not have yet experienced a situation so extreme, but you have probably encountered those buyers who suddenly, and for no apparent reason, change their minds. Below are three of the main reasons the prospect has a sudden change of heart.

#1: Too Much Emotion, Not Enough Logic
We all know that you need a mixture of emotion and logic in the sale and that people make buying decisions based primarily on emotion. Hence, a sales interaction with too much logic and not enough emotion, produces an educated prospect who does not buy.

On the other hand, people use the logic to back up and justify their purchase. Therefore a sales interaction with too much emotion and not enough logic, produces a prospect who makes a quick emotional decision, and then cancels the order.

Often it is your great sales presentation that had the prospect on such an emotional high, that he or she would have bought anything. However, when that anaesthetic wore off, the prospect came back to reality and could not find a reason to justify their decision. The result is more than a normal “buyer’s remorse.” Feeling used and manipulated, the buyer develops resentment and often contempt for the sales person.

If this has happens, you need to tone down the emotion and infuse more logic during the close.

You may want to leave an objection that you know you can handle, on the table for the prospect to use. Then give that objection credibility and answer it with concern.

#3 – Drop the Price to Quickly
This one also causes buyers to turn into enemies. The prospect raises a price objection and you quickly drop the price:

Prospect: “Well, I don’t know…that’s a little more than I planned…”
Sales Person: “I understand Steve. What if I got you a 20% discount, would that do it?”
Prospect: “Yeah, I think that might do it.”
Consultant: “Ok then, consider it done. Let’s do business.”

Once again, when that tranquillizer wears off, the prospect wonders what would have happened should they bought at the FIRST price? Apparently, he would have paid 20% more then he needed to pay. What if he would have held out a little longer? Would the price have gone down another 20%? What is the REAL price anyway? This creates a prospect who not only feels manipulated, but cheated.

Reducing your price is a delicate operation and should be done only in extreme cases and then with careful precision.

The Oath
As you can see, the three above reasons for buyers cancelling are actually created by the sales person. As a professional sales person you are dealing with people’s emotions and money. You can inadvertently make people feel manipulated, used or hurt; so be careful.

I often compare the profession of selling to that of a physician. As such, remember the Hippocratic Oath, “First, Do No Harm.”