What To Do When The Prospect Tries To Bash Your Competition 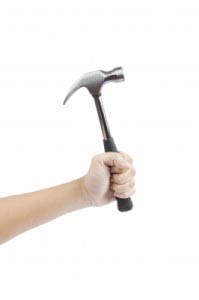 Often during a sales interaction, the sales person will attack and downgrade their competition. While this is never a good thing for many reasons, it is even worse when the prospect starts bashing your competition.

Actually, however, the result is the opposite, as that team bashing dramatically decreases your chances for making the sale.

The Usual Suspects
The prospect has had a bad experience or heard rumors of such about a competitor. As the prospect begins to explain the problems with the other company, the sales person AGREES and sides with the prospect and joins in the bashing.

Prospect: “I bought some of those widgets about a year ago from XYZ Widgets, and they performed horribly. They cost me a ton money and time.”

Sales Person: “Yeah, I understand, Steve. Lots of people have problems with XYZ. But I assure you, we are not XYZ. We have a better reputation and we stand behind all of our widgets.”

Prospect: “Yes…but that’s the exact same thing the XYZ rep said. He said they were the best and all the same things you are saying.”

“Sales Person: “But please understand Steve, XYZ is not the best company. They have many complaints and they don’t use the latest methods and the highest quality materials…”

The Problem
While this seems like it makes perfect sense, it causes enormous and often irreversible problems. When a customer has had a problem with a similar company, understand that it affects the customer’s view and trust of ALL like businesses, not just the culprit.

When you confirm the prospect’s fears and distrust of the competition, you validate those same fears and distrust about YOUR Company and the entire industry. In effect, you are saying, “Yes, you are correct, Mr Prospect. Some companies in my business cannot be trusted!”

Well guess what? That includes you!

Prospect: “I bought some of those widget about a year ago from XYZ Widgets, and they performed horribly. They cost me a ton money and time.”

Sales Person: “I understand how you feel, Steve. But don’t be too hard on XYZ. They are a good company as are most in our business. Years ago, XYZs widget making process was the industry standard. Then, with the advent of advanced technologies, new modern methods became available. However, widgets makers have to re-tool completely their entire operation to use the new methods. It is a tremendous investment.

XYZ is doing the best they can with what they have. My company decided to make the investment and re-tool as we feel it is better to explain a slightly higher price once, than to make excuses for underperforming widgets for years. Don’t you agree?”