Home » MTD Sales Blog » Who Do You Compare Yourself Against When Judging Your Own Performance?

Who Do You Compare Yourself Against When Judging Your Own Performance? 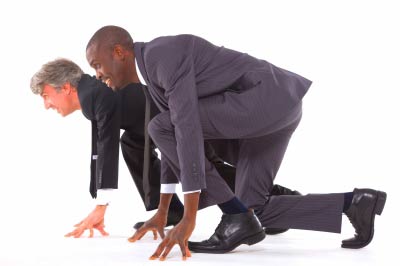 The European Athletic Championships have just finished and it was great to see these athletes competing at the highest level. I’m amazed how some of these runners can perform the way they do and hardly be out of breath at the end. If that was me, I’d have collapsed in a heap just after the starting pistol had sounded!

What made me smile were the occasions when a runner would be celebrating with arms raised, even though they hadn’t finished in a medal position. The fact was these athletes may not have beaten others in the race and gained a medal; but they had looked at their finishing time or their performance in the field and realised they had achieved a ‘personal best’. That is, the performance they had just given was the best they, personally, had ever done.

To them, it was a cause for celebration, even though they hadn’t won a medal, because they had beaten everything they had ever done before.

It reminds me of Zig Ziglar’s quote “Our problem is we make the mistake of comparing ourselves with other people. You are not inferior or superior to any human being. You do not determine your success by comparing yourself with others; rather, you determine your success by comparing your accomplishments with your capabilities. You are ‘number one’ when you do the best you can with what you have”.

By comparing yourself to others, you run the risk of falling short in many areas. Other people may have had a different background to you, a better education, more ‘lucky’ breaks, greater abilities in certain areas or better working situations.

It may be that you will never hit the heights of a Bill Gates or a Steve Jobs. You might never make a trillion dollars in commission or be number one salesperson in the country.

But if you concentrate on building on your personal skills and achieving what is possible just for you, you can consider yourself to be a success, because there will never ever be another ‘you’. No-one has had your background, your conditioning, your upbringing. No-one has the same belief systems, rules, standards and values that you have.

The only time I consider myself a failure is if I didn’t do my best and fell short of the standards I set for myself. I try to learn from every sales opportunity that comes my way. If I do that, I have the chance to build on my skills and learn how to do better next time.

Zig said that you should ‘determine your success by comparing your accomplishments with your capabilities’. Look back at what you did in the last week. Did your results reflect the effort you put in? Did you learn from any failures? Did you try to beat your own personal best, whatever that might be measured against? How did your attitude measure up?

The answers to all these questions will help you build on your current successes and allow you to compare yourself against the only person who really matters in this regard; You!