Apply These 8 Characteristics To Boost Your Sales Success 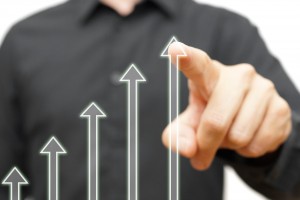 How would you define success?

More importantly, if someone were to ask you what are the key components of success, would you be able to list the top eight?

Richard St John,researcher, marketing guru, and CEO speechwriter, writes about 8 keys to success and I’ve listed them below with some comments for sales consultants in how to apply them.

The first he lists is that of Passion.

One definition is “a strong feeling of enthusiasm or excitement for something or about doing something”.

If you lack enthusiasm, or or simply going through the motions when it comes to your role, you lack one of the fundamental skills you need to travel the road to success.

Have you ever known a successful person who wasn’t enthusiastic or excited about what they were doing?

I’ve not come across any.

So there must be an element of passion in what you do to go on that route.

Next, he lists Quality of Work as a key.

St John mentions that we tend to overvalue talent and undervalue hard work.

He has found that it’s only in the dictionary that success comes before work.

By working our way through challenges, upsets and discouragement, we prove to ourselves and others that we recognise how important the quality of our work is.

Thirdly, he mentions the we should Focus on the activities that make us valuable to others and to ourselves.

Successful people tend to specialise in being really great at a few things rather than being a jack-of-all-trades, so we need to make sure we have the right interests that need to be concentrated on.

Next, he talks of Pushing Yourself to achievement.

Many people get too comfortable in what they are doing and they don’t stretch themselves to always be looking how they can become better.

By identifying what has to happen in order for them to get better at something, successful sales consultants recognise they should always improve.

By pushing yourself in a direction that goes towards increasing your valuable knowledge, you prove you are going toward the end goal of success.

St John then mentions an interesting component of success. He says that successful people have a plethora of Ideas.

They are able to be creative and see what connects the success of one company and apply that thinking to help other companies succeed.

Sixth on the list is the idea of Constant Improvement.

They practice to consistently improve themselves and what they do.

They are able to see their strengths and build on them and work on their weaknesses to the necessary minimum standards.

Creating opportunities for constantly improving what you do takes you further on the journey.

This is a fundamental component, and often differentiates those who really want to succeed and those who fall short on the journey.

Successful people ask what value can I provide for companies and others to enhance their abilities or results.

This differentiates them from those who only think of their own products and services.

Another component St John talks about is Persistence.

He talks about failing a lot.

Most successful people have failed many times before succeeding, because they learn from those failures.

By persisting in the venture to be successful, it proves you’re not one of those who easily give up when confronted with obstacles.

Instead, you view those situations as opportunities to test other ways of working and seeing if they work.

Colonel Sanders failed 1009 times in persuading restaurant owners to take his fried chicken before he heard his first ‘yes’.

Legend has it that Sylvester Stallone was kicked out of nearly 1500 agents‘ offices before he was given his first job.

If both of them had not been persistent in their ventures, we wouldn’t have the dining delicacies of KFC, or seen the wonderful acting abilities of Sly.

So, think of those eight components when it comes to determine how you can go on the journey to success.