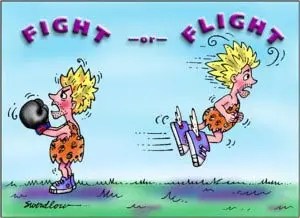 One of my trainers recently asked a course delegate what his favourite ‘closing’ statement or question was. We often invoke this kind of discussion on our programmes, just to see if anyone is still working from the old mindset of canned scripts or numbed rhetoric.

The delegate said he had been taught the one about asking the ‘trapped’ question, where no matter what the prospect says, he is opening himself up to be closed!

The example given was the question “If we could solve this problem for you today, would you move forward with us?”

How many prospects would seriously answer that with “No, we don’t want to solve that problem, we just want to continue throwing money away!” I’ve heard one or two sarcastic prospects answer that way, but only when they’ve become bored or simply want to end the meeting because they’ve lost respect for the salesperson’s tactics.

No, the main problem with that form of question is that it immediately makes the prospect go on guard. Trust is lost and there’s no room for manoeuvre. He feels trapped (hence the label given earlier) and he feels he has to fight back (sarcasm, avoiding the issue, etc) or he leaves the conversation, either literally or mentally.

You must make the prospect feel safe in their conversation with you. When people feel safe they tend to relax, be more open, more confident and trusting of the other person. Here’s an example of a question that may invoke the fight-or-flight reaction:

“Is the current situation causing issues for you?”

The immediate thought going through the prospect’s mind is “If I say Yes, this joker is going to try to sell to me. If I say No, it’s obvious I’m lying because that’s why I’m speaking to him in the first place!”

In other words, they are trapped in a place that makes them feel uncomfortable, under pressure and unsure of what they need to say.

Far better to say something like: “I’m unsure at the moment whether the situation is causing you major problems or not, but if they are, we may be able to discuss if these issues are costing you enough time and money for you to actually make efforts to solve them”.

This non-threatening approach actually helps the prospect to see the role he needs to play in the meeting, and it hands him a little more control in the conversation. He doesn’t feel threatened to the point where he needs to be guarded about his answers and it allows him to be clearer about his concerns and which way he would like to go. This confidence inspires trust and drives the conversation forward.

By concentrating on the effective questions you can ask, you stop the fight-or-flight response from being raised in the first place. So, unlike our example given at the start, think how your ‘closing’ questions can encourage openness and participation in the prospect. That way, you’ll keep the lines of communication open and resist any barriers that might be placed because of pressure being applied.