Preparing Confidently To Win Every Sale 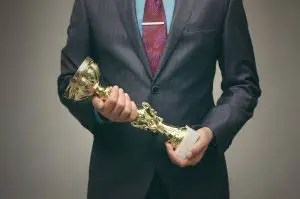 Have you ever been caught out on the hop?

Have you ever gone into a situation where you just knew that you should have had more facts, figures and information?

Have you ever come out of a situation saying, “I wish I knew then what I know now”?

Has an interviewer ever caught you out on a question about your product or something that you didn’t have a clue about?

If you answered yes to any of these questions, it was probably down to lack of preparation.

What is preparation after all?

Well, without stating the obvious, it’s all about going into a situation fully prepared and informed.

It’s all about being confident in your subject matter, being prepared mentally and being ready.
This is all common sense and I’m not telling you anything that you don’t already know.
But why don’t you prepare more then!

Just picture a General preparing for a war!

What do you think his chances would be if he didn’t have any of the following?

Do you reckon the General would be confident going into battle not knowing that information?

The same goes for you in any situation that you may face.

You’ve got to ask yourself the following question:

“Am I fully prepared to face anything that this situation could throw at me?”

If the answer is no, you have not prepared enough.

In closing, just think about the following situations and next time that you face them, ask yourself “Are you fully prepared?”

Be prepared and you’ll be preparing to win!