Think The Way Your Buyer Thinks 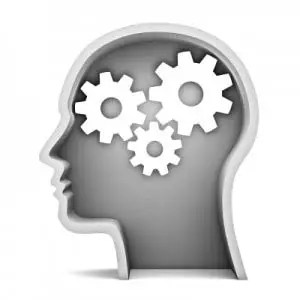 Watching Derren Brown at the theatre a few weeks ago made me realise how little we mere mortals know about the way the mind works. He’s a great showman and artist, and readily admits that there’s nothing magical about what he does in his stage shows. It’s all illusion and trickery, but mightily impressive, especially when you haven’t got a clue how it’s all done.

Reading people’s minds has been the holy grail for many people working in the darkened work of imagery and tricks. If we could interpret the thoughts and strategies of others, who knows what we might be able to control. We know that the impossible will take just a little longer, so we still revere and look on in awe of the David Blanes and David Copperfields and Derren Browns of this world.

But does this mean we are unable to replicate any of their feats? Are we destined to not know anything of the thought patterns of our clients and prospects?

Actually, we can read a lot more of their intentions and needs than we realise. One specific way that people open up quickly to us is in summed up by the ‘chunk-size’ in which they think.

Have you ever spoken to someone and they are going into so much detail you just want to fall asleep? Or someone else who speaks of their business in such generic terms you are puzzled because you can’t really gain any clarity or specifics?

These are just two examples of what is known in linguistics as ‘chunking’.

You ask one prospect: “What do you see happening in your market in the next 24 months?”

He replies “Well, it looks like it will grow slightly as we go through the next three months, as we edge out of recession, then I can see interest rates climbing and this will make people less likely to spend, unless, of course, the banks decide to lend more, in which case there could be a rise in spending, driving us in a different direction and making our suppliers able to reduce prices as demand increases and supply improves, along with competition, so there’s plenty of opportunity for growth in an expanding market, which will assist us to achieve our business objectives of a 4% growth over that time period, allied to an increase of 2.2% in our ROI…..”

You ask another prospect the same question and he replies: “I see it growing slightly, with consequential returns on profitability”.

They’re basically saying the same thing. Only the first is approaching the discussion from the perspective of ‘detailed’ or ‘small-chunk’ thinking. They answer the question with pin-point accuracy and microscopic analysis. It might be that you wanted this level of thinking. Or it might be you just wanted a quick opinion. Whichever way you wanted it, the prospect was ‘chunking down’.

The second prospect said essentially the same thing, but from the perspective of  a large, generic picture, ‘large-chunking’, if you will.

Who’s right? Which one is best?

There’s no right answer to that, because it’s the wrong question. The right question should be, “At what level (large, small or in-between) do we wish the prospect to be thinking?”

If you want to encourage detailed, small-chunk thinking, you can ask “What direction specifically do you think the market will be going in the short term, and what will be the implications for your business if that happened?”

You’re driving the thought processes in the direction of detail and asking the prospect to follow your train of thought.

By asking “Do you think the market will grow or contract in the next 24 months?”, the presumption is that you just want a short, large-chunk response.

Listening attentively to the level that your prospect thinks at will help you achieve good rapport and build a good knowledge base on which to develop your sales. You may not be able to read people the way Derren Brown can, but you’ll certainly open up opportunities for future relationships.