What This Means To You Is…. 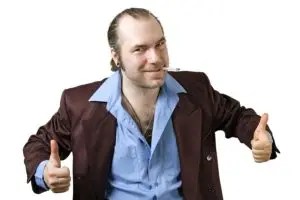 During the past 2 weeks my wife and I have had about 6 different conservatory companies around our house giving us quotes.

The standards of salesmanship have been appalling to be honest.

The two biggest problems that they had was: (and please avoid these yourself!)

1. Not qualifying me up front

One guy had DVD’s, a slick presentation, “salesmans patter” etc etc He went on and on and I let him until after 1 hour he “revealed” the price which was over twice the amount I had in my mind.

He’d just wasted an hour of his valuable prospecting time and more importantly my wife had missed Eastenders! (drat!)

Sure, I could have gone a little higher if I’d have seen the value in it. But over twice my budget is a different ballpark altogether!

SALESMAN:
“I’d recommend that because you’ve got a south facing garden that you have an electric ridgeflow as well…”

What does it mean to me!

The salesman probably fell into one of the most common faults a lot of salespeople have. They are so close to the product and service that they expect me to know what an “electric ridgeflow” actually is!

Well, I didn’t have a scooby doo!

Now when covering features make sure that you actually tell the prospect what it means to them.

Never assume that they’ll be able to work it out for themselves. Instead you need to tell them!

“What this means to you is that when the temperature reaches 90 degrees at the top of the conservatory that the hot air gets sucked out which keeps it cool whether you are in there or not. You mentioned that you want the room as a playroom for Holly? Well, with a south facing garden you’re going to get the sun all day and that means that Holly can play in there and you don’t need to worry that she’s too hot…”

So there you have two, fundamentally basic but very valuable lessons. Two lessons that you think are just plain old common sense.

But when was ever common sense, common practice!

Before I sign off, here are some more tips on becoming a great sales person: