Why Be Specific With Your Numbers In Negotiations 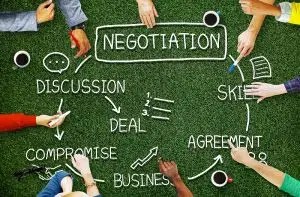 When you consider all the permutations associated with it, it’s fascinating to see how often this particular number crops up in everyday life.

Is it possible you could use this psychological phenomena to your advantage?

Think about it, If you have subscribed to any newsletters, or downloaded material off the web, or paid for ebooks, chances are that the price you have been offered ended with a seven. Search for any ebooks in your profession or industry and you’ll find, more often than not, that the price will be $17, $37, $57, $97, $197, or something similar in pounds sterling.

Why? It appears that we are drawn to this number in many areas of life. We call it ‘lucky number seven’ (or ‘sleven’ if you’re a film-buff like me!).  According to Stephen Covey, there are Seven habits of highly effective people. The Magnificent Seven. Seven Brides for Seven Brothers. Seven days a week.  James Bond. There are countless references to the number seven in religious writings. The list goes on.

It depicts a sort of completeness or perfection, a finalising of a circle or loop. It adds something that feels incomplete if we finished at another number.

How does this apply to you?

Well, when you’re putting your figures together for a proposal, remember your customer will look at the final figure as your opening negotiable position. If you quote, say, £5000 for the complete package, they will see that as a figure to be started at.

However, if you quote £5027, this sounds more final, more specific, more believable that it’s been worked out personally for this prospect.

Plus the fact that it ends in a seven has a completeness about it.

Try it. See if you can get your next few proposals to end with the figure seven. Be specific and see what the prospect’s reaction is. Let me know how it goes. Who knows…you may create a new marketing and pricing structure around this magical number! And that can only be good for business!