How To Present Solutions That Make The Prospect Think Differently 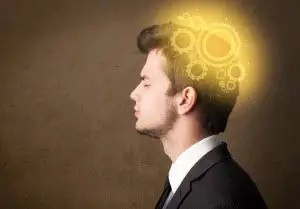 When salespeople present their solutions to prospects, they seldom see the whole picture.

What I mean by this is that many salespeople see their product or service and present it from their own perspective. That is, they determine what are the features and benefits the product will bring the prospect or their business and talk about them.

A few salespeople will see the benefits through the prospect’s eyes and then show them the value of those benefits, and this is very close to the mark.

However, there is a proven way to present solutions that links straight back to the way the human brain is influenced and persuaded, and it’s quite intriguing.

Steve Martin, author of the book ‘The Small Big’, highlights a phenomenon that influences more than most people realise. He talks of a scenario where you might find a £20 note on the floor. After being sad for the moment when you think of the person’s loss (yeah, right!), you would then be happy for your own luck and pocket the note.

Imagine then, Martin asserts, that you lost the £20 yourself. How would you feel?

Are you economically worse off? No, but psychologically you would feel you have lost out, and that would disappoint and affect you more than if you hadn’t found the note in the fits place.

This is specifically because people are more ‘loss-averse’ in that they would do more to avoid loss than to achieve gain. It’s like the old question, ‘would you do more to try to earn a million dollars, or to protect the million dollars you have got?!’

Most salespeople try to persuade or convince the prospect of how much gain they will get from their solution. Think about that for a moment. If you never had something, and you don’t believe that the benefits of having it would outweigh the risks you have to go through to get it, how much effort would you put in to get it? Probably not much.

Martin argues when trying to persuade prospects to change buying habits or switch suppliers, they immediately think of the challenges this would bring – the unfamiliarity of the new choice, or the loss of comfort with something they already know. These costs are more than many prospects would like to incur.

Instead, a good starting point would be to look from a different perspective. People’s mental exchange rate between losses and gains is more two for one than one for one, and this means it’s more powerful to discuss what potential losses may be incurred if the choice isn’t made, rather than highlight the benefits if it is.

It may sound something like this: ‘So, Mr Prospect, we’ve discussed how this new product will reduce your overall costs by 8% in the first year, rising to between 10 and 15% in year two. This means you will save between £500 and £600 in just two years, the machine paying for itself in that time. If you didn’t go with it, you would effectively be losing that income.

In this non-pressurised, non-patronising way, you convince the prospect that they are currently losing out on saving money and this could be stopped if they make the decision to choose your solution.

Try it out next time you need to present a solution, and see if the prospect is more ‘loss-averse’ than ‘gain-interested’!