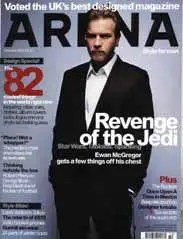 How To Hold Frighteningly Efficient Meetings

Picture, if you can bear it, the scene. In one corner a flipchart easel is smeared with inane blather. In another the IT bloke who you’ve never seen before is doodling on a napkin. Miles away, in the centre of a table the size of Uganda, sits a vat of lukewarm sludge masquerading as coffee, next to the corpse of a solitary KitKat. Boss man is spuming empty rhetoric about paradigms, synergies and strategy going forward. You’re nodding like a broken toy, pondering whether the meeting room is on a high-enough floor for a self-administered mercy kill.

But it need not be so. Meetings can actually be more than just an excuse to eye-up Ms Marketin, power-nap or prevaricate. Sean McPheat is a Leadership Development and HR Consultant who has worked with Waitrose, Lloyds TSB, Nestle and Kodak amongst others to help improve their working practices around the world. With his help, we’ve compiled a wealth of top tips to make your meetings run with Teutonic efficiency:

A facilitator is your meeting referee who keeps all eyes on the agenda, helps resolve petty arguments and tries to avoid off-topic meanderings that achieve nothing. Having an independent arbitrator who’s not tasked with solving problems – just with letting them get solved – is endlessly worthwhile, and it can be any one of your colleagues, as long as they are prepared to remain at a karmic remove from the discussion at hand. He or she needs to ask themselves just two questions – what is the purpose of the meeting and what are the end results required? Get these two answers up on the wall so they can’t be forgotten.

Surprising how often supposedly crucial decisions are taken in a nicotine-stained bolthole. First and foremost the room should be designed so that everyone can see and hear. You want plenty of natural light, adjustable heating and keep it close to the toilets to avoid too many extended stop-outs. Thereafter go for a table layout that avoids establishing hierarchies. “A U-shaped table with the facilitator at the gap of the U avoids power players taking over and allows every attendee to see each other – as body language constitutes 55% of communication, this is essential,” says Sean McPheat.

Whatever it is you’re going to use to record what’s said and done – flipchart, computer, OHP – have plenty of spare parts to hand. Countless meetings are delayed or even kiboshed altogether by klutzes searching for the whiteboard cleaner or running out of Biros.

Never hold meetings “on the clock” – instead go for 3.10pm rather than on the hour or half hour. Psychologically people tend to drift to meetings held at common times, whereas unusual scheduling encourages punctuality. Furthermore, as important as the time a meeting begins is the time it ends. Having an established – and enforced – close to proceedings means less dithering. Knowing that a meeting will finish as planned also makes busy people more likely to turn up next time.

The facilitator should lay down certain laws from the start – if it’s agreed that talking over one another, gossiping etc are outlawed this increases focus and, once agreed, keeps everyone sweet. Again, get them up on the wall.

If the participants don’t already know each other – all of them – then introductions are necessary, and this can really set the tone. Try getting each individual to tell a short, personal story, like the riskiest thing they’ve ever done – or even the worst meeting they’ve been to.

Around The Group Technique

Once it’s been established that there’s a reason for all of the attendees to be there (and if there isn’t, get rid) then each of them should be allowed to say their piece. One way of making sure this happens is what Sean McPheat calls Around the Group technique: “Each person is given the chance to say how he or she views the issue, state their idea, etc. If a person chooses to say nothing in this round, he or she says, “pass.” It means that everyone in the room feels satisfied that they’ve had a chance to influence the decision and declare a willingness or unwillingness to support it.”

Not everyone likes ‘imagineering’, ‘brainstorming’ or saying anything at all. That doesn’t mean they have nothing to contribute. Assign people to breakout groups but before they convene, give them five minutes to gather their thoughts, make some notes, and then begin the discussion.

Put It In The Hangar

An alarming and almost universal penchant for sidetracking is the bane of many a meeting, particularly if the sidetrack is more interesting than the task at hand. Which it generally is. Sean McPheat recommends The Hangar, a flipchart sheet where any tangentials can be written down for consideration later. “In this way, all of the ideas thrown up in the meeting get recorded, and no one feels put out if asked to let it go.” It also provides a means for facilitators to silence rambling blabbermouths. Talking of whom.

As part of the opening House Rules, give anyone the right to call “five minutes” on anyone else if they think the discussion is going nowhere. McPheat recommends putting a bell at the front of the meeting room that has to be rung to signify a “five minute” call – it adds a bit of humour and saves face for the blabbermouth, not that they deserve it.