Power Of Positive Thinking In Sales 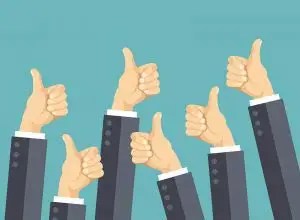 A new sales rep was having difficulty getting customers. The sales manager decided that the best way to increase his confidence was to let him negotiate with an easy customer who always renewed his contract.

The sales manager reviewed his plan with the rep and gave him details of the customer.

The sales rep met with the customer, and although he was a little surprised at the amount of selling he had to do, got the customer’s signature for a large new order.

I’ve given you the wrong address. I’ve given you our most difficult prospect. Nobody’s ever been able to make a deal with him yet! Don’t go.”

Moral: In life you get what you expect to get.

Think about it…did the new rep know that he was visiting the hard customer? What if he had known? Would his confidence have been so high?

What made the difference in the salesperson’s mind?

His expectations dictated exactly what he received. By going with the attitude that he was going to make the sale, it showed in his body language, his demeanor and his confidence. We get back, not what we deserve, but what we expect.

Go on today’s calls with an attitude that these will be great experiences…as one of our trainers says, he looks at everything from a positive point of view, because he doesn’t like the alternative. Take that example and you’ll be in a stronger frame of mind when you see prospects. And that can only be good for business!