The 3 Main Traits Of The World’s Worst Salespeople 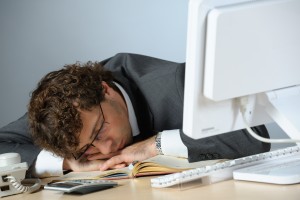 We often conjecture at what great salespeople do to create the status of being ‘great’.

If, however, we were to study those people who are not so good, we can actually identify habits that act as warnings for us and enable us to avoid those activities that take us in a wrong direction.

One dictionary defines ‘trait’ as ‘a distinguishing characteristic or quality, especially of one’s personal nature’.

So when we think of salespeople who don’t succeed, we can often look at what these people do and identify their characteristics that bring them those results.

Here are my top three characteristics that I believe epitomise the worst salespeople I have come across:

Sales is a long-term career where people will always meet with ups and downs. The triggers to the troughs and the supports for the highs will always be there, but the worst salespeople seem to disregard these inevitabilities, and tend to focus on what is wrong without accepting their personal role in making it happen and getting out of bad times.

We often here these salespeople blame everything on things out of their control. This blame culture, not accepting responsibility for changing what can be changed, can create a mindset of victimisation, where the person feels they are powerless to stop whatever is occurring from having a detrimental effect on their current and future status.

When this happens, the lack of personal responsibility holds the person captive to the lie that they are powerless. Instead of identify how they can personally develop skills to derail and overcome inevitable downtimes, they abdicate that task to other things or people and allow themselves to wallow in the despair that is blame.

The antidote is identify what can be controlled, working on those controllables and dropping the game of blame. Blame will only blind you to the realities of any situation and will always create a downward spiral that will be hard to get out of.

Wow, this is a ‘cat among the pigeons’ trait, if ever there was one! How many salespeople would admit they are lazy, rather than pick up their mental tools and put them to work?

Laziness is displayed in many areas, from failing to complete their CRM files fully so that others don’t have the proper information to follow up, to allowing short-term frailties to derail them from long-term career goals.

It’s often displayed in procrastination, covering over justifications why something can wait until tomorrow. People will always be able to give reasons why something can’r be done; when they cover over the real reason that they are simply too lazy to follow though, it can develop into a habit that will eventually lay down a track difficult to get out of.

This trait or characteristic is insidious, as it develops slowly and wheedles its way into people’s lives oftentimes unnoticed.

Staying focussed especially when going through personal or emotional turmoil is one of the more difficult facets of human nature. Personal challenges will always be with us in one form, and the ability to refocus away from those to concentrate on what is needed, even in the short term, helps you to create an ability to stave off emotional downers that can influence results and moods.

Losing focus reduces your positive state of mind, increases stress, sends mixed messages to others, loses your competitive edge and impacts on your ability to communicate effectively. Along with this could come blame, allowing others to control your emotional reaction.

Focussing on actions and results is the only way to overcome this trap. You may need to reassess the importance of what your are focussing on in order to develop your positive muscles and get away from the entrapment that many poor salespeople suffer from.

These, of course, aren’t the only three traits shared by poor salespeople around the world, though they do manifest themselves more regularly than others when it comes to identifying poor habits and characteristics in others. If you have more traits to share, please let me know.