The Top 10 Sales Movies That You MUST Watch 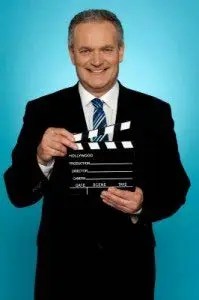 We’re big film fans in the office and any new sales person (or member of staff come to that) that starts with MTD, I always grill them as to the movies they’ve seen about sales!

So I thought I’d compile my top 10 favourite sales movies of all time.

I’ve also excluded both of the Wall Street films. Yes, they are my favourites but every list seems to have them in so I’m assuming they’re a given!  There’s also 2 movies where you don’t have to watch the whole movie but I have embedded the clip below that you MUST watch from it.

There’s also some in this list which are a little left field too.

I warn you there’s lots of the “F” word in the videos.

How many of these movies have you seen?

You want the hard sell?

You got it with this film.

This is about an ambitious young stock broker who bulldozers his clients into buying stock from him and his firm.

Check out the clip below of where the firms recruiter (Ben Affleck) holds a group interview. Just love this scene!

This includes an all-star cast including Pacino, Spacey, Baldwin, Lemon and so on!

It’s about a group of middle aged sales people and the trials and tribulations that they go through on a weekly basis.

Check out this sales meeting below.

I hope your Sales Manager is not like Alec Baldwin!

This is a film that is often passed over but I love it.

Matthew McConaughey sells sports betting tips over the phone for a company owned by Al Pacino.

Pacino head hunts McConaughey and makes him the main man at the firm.

Soon the pressure is on as his tips need to come good.

Here’s a scene below where McConaughey asks for more commission from Pacino – I think the response will surprise you!

A new favourite of mine!

Probably goes against everything I stand for as a sales person but I love it! I just love the energy of the film and what they had in the firm.

Here’s a scene where Jordan Belfort (The Wolf) asks his team to “Sell me this pen!”

This movie is about sales people in a car dealership doing what it takes to make quota.

It’s a really funny film with a lot of home truths and not so home truths about the stereotypical sales industry.

In this scene below, the sales manager is shredding the photos of a sales person’s family saying they are too fat to be on show in front of a potential customer and that he needs to find photos of skinny kids so they feel sorry for him and give him the sale!

Ok, so this film has nothing to do with sales – it’s about an American Football Team.

But it makes my top 10 because of the motivational speech that Al Pacino gives to his losing team at half time.

Should you watch the whole movie? Damn right. It’s great and fast paced.

7.    The Pursuit Of Happyness

Check out this scene below where he finally gets a chance at a firm and how he approaches his cold calling and his mindset behind how he can make more calls than anyone else.

I just loved this.

Ok, so I’m a huge Rocky fan anyhow. I’ve got posters and signed autographs in my office at home but you just got to watch this scene below where Rocky tells his son he’s worth more.

Billy Beane (played fantastically well by Brad Pitt) is the General Manager of the Oakland Athletics. A bottom of the league baseball team with no hopes.

With the help of a Harvard Graduate he looks into the science of winning Baseball games after he loses all of his best players.

This is actually a true story and changed the way clubs were run in the future.

You can take a lot from this film about making the way that you sell more scientific in terms of the percentages and your sales process. I know I took a lot out of this movie which helped me and got me to look at things in a different way.

In this scene below Beane is running a meeting with his team of scouts where he spells out that they need to think differently to succeed.

“Show me the money” enough said!