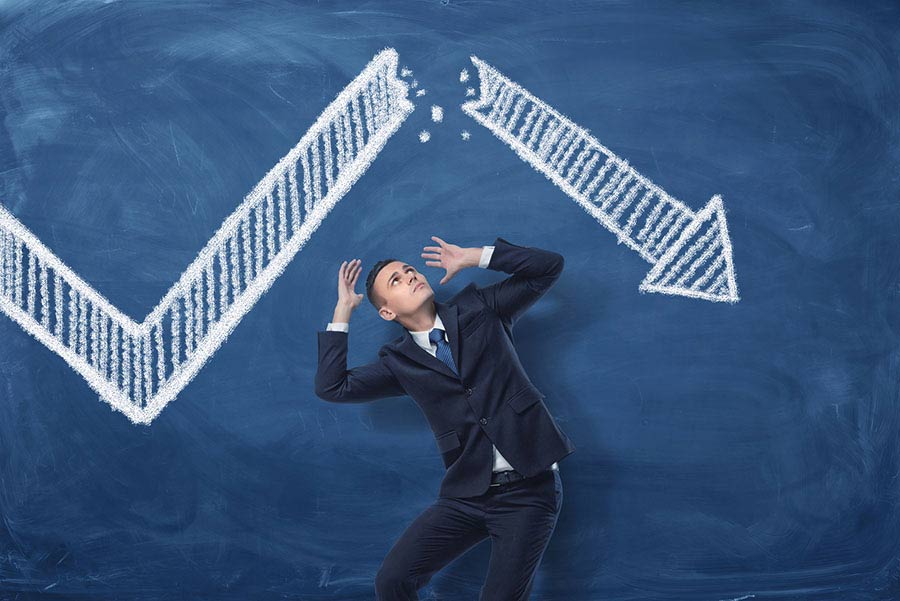 If you had the chance to listen in to the salespeople who made the least sales, and learn from them what NOT to do, would you take it?

You bet your Granddad’s last Werther’s Original you would!

Well, on some of our sales courses, we’ve been gathering information that sums up what the worst salespeople out there actually do, and it makes sad, depressing, hands-in-the-air, can’t-believe-it reading.

Here’s seven of the biggest mistakes salespeople make in trying to win business.

How many are you guilty of? Oh, come on…be honest!

It’s amazing how many salespeople simply wing it and don’t have the ability to state exactly what they are aiming for in the call.

Imagine that the client says to you “In one minute, tell me what benefits you can uniquely bring to my business and how much better it will be if we partner up.”

Could you do it?

Yes, of course you could.

Because you’re well-prepared and your thinking is clear.

You resist the temptation to simply fly by the seat of your pants, because you know what would happen if you did.

2. Following on from that, the second mistake is having a poor structure to the call.

If you want the client to remember you, have some pearls of wisdom to discuss with your client at strategic points in the conversation.

Get some ideas to illustrate your points.

Paint those pictures with words so the client knows exactly what you want them to remember afterwards.

If you have a poor structure, they will get lost easily and have no inclination to take their interest further.

3. Having nothing memorable to say.

Have you ever watched a film and the next day couldn’t even remember the title?

I have. Many times. I always say I won’t make the same mistake again, and I’ll read reviews before going.

But I’m always driven by the trailer, grabbed by the highlights.

Then I realise that the trailer had all the best bits and I have to sit through two other hours of drivel.

Many salespeople make the mistake of just delivering drivel, with no highlights, nothing that stands out and makes the customer think “Wow, this is great, I have to know more about this!”

Have something memorable in your delivery that stands out.

Otherwise the client will have to work it out for themselves.

When asked “Who was that salesperson you saw yesterday, Frank?”, you don’t want them to say, “You know what, I don’t remember!”

4. Having little or no emotional connection.

Remember the radio station that every buyer tunes into…WII fm.

Yes, the buyer’s antennae tunes in when they hear something that generates interest at an emotion level, and you answer the question “What In It For Me?”

So, tune into your buyers’ imaginations and make the demonstration come alive.

It will give you the unfair advantage of building the emotional connection, which they can them justify afterwards with logic.

5. Talking at the wrong level.

What I’m referring to here is the level that your prospect is thinking at.

Have you looked down from a plane and seen how small whole cities look from up there?

You have a fantastic, big picture view, but you can’t make out any houses or cars.

Conversely, the people on the ground can see car number plates and shop signs.

Speak at the level that your customer is thinking.

With big decision-makers, they may not want to know the detail of how your widget works, but they may need to know how selling 10,000 of them to their customers would raise their operating profit by 6.5%.

6. Having a poor opening and close.

Both have an impact, particularly in demonstrations.

The Primacy Law talks about how people remember the first and important aspects of a meaning they give to something.

If your opening is shallow or weak, it will be lost.

Say something you have found out about the success of their company.

Congratulate them on a new contract or on their expansion.

Make the opening come alive so they remember it.

The same goes for the summary or close.

This is the last, or most recent, thing the client hears and so should stand out, as the Law of Recency dictates it will be remembered.

Practice you asking for commitment, out loud, in front of a mirror, so it becomes natural and you don’t fluff it.

7. Not learning from mistakes.

This last one is a real biggee!

If things go wrong for poor salespeople, they won’t always have the business acumen to understand exactly what it was that made it go pear-shaped.

By not learning from what goes wrong, you run the risk of repeating the mistakes and undermining the relationship with the next customer, too

Identify what went wrong and convince yourself that you will notice when it happens again.

The saying “Repeating the same mistakes and expecting a different result is a sign of insanity” is apt here.

These seven biggest mistakes can be avoided if you pay attention, prepare well and give yourself the opportunity to learn from every experience.