How To Avoid The Awkward Question Of Budget 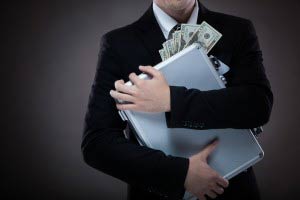 How many times have you been in conversation with a prospect and the question of budget comes up?

You want to know if you’re pitching in the right ball-park, so you go right out and ask what budget they were thinking of spending.

You then sigh in disappointment as you realise the solution you’re selling is well out of reach of the figure they have quoted. You then adjust your presentation and switch to the basic model because, as you assume, that’s all they can afford.

The problem is the basic model won’t solve their problems. It might help them achieve some of their goals, but not all of them.

It might save them a little money but won’t make the big savings they are seeking. If only they had a bigger budget, then all would be solved. They would get the results they want and their success would be guaranteed.

Instead, why not leave the budget question out of the conversation altogether?

Actually, the last thing you should be talking about is money, budgets and finance. The subject you should focus on is either their problem or their opportunity, the pain or the gain.

The budget is not the prime issue at this stage; their problem is. If they don’t have a problem, there isn’t going to be a sale anyway.

So ask yourself: What problem does my prospect have? How is this situation affecting their business success? What are they losing by not having my solution? What’s the monetary impact of the problems he is experiencing?

You then determine if these are problems that need to be solved. If they are, you can assimilate the value of solving the problems. If the value of the solutions outweighs the current situation they are in, then (and only then) does money become an issue.

The prospect may have determined a budget based on spending levels, not on value levels. This may mean they have thought about spending rather than the returns they would get on their spending. The returns can be considered an investment for them, rather than a cost.

Any person would go above their budget if the value of the solution outweighed the problems they were facing at the moment and they could see that value monetised as an investment.