Is Your Prospect Satisfied With Another Supplier? Here’s How To Change That 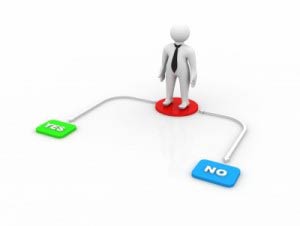 A family friend told me recently how she had a total change in the way she viewed her job, and asked me if I could help her get back the motivation she once had.

Naturally, I helped her out. But her story got me thinking about how we, as salespeople, can help prospects make changes too.

Ann works in retail, and was doing OK in her job. She earns around £20k and was quite happy with that salary. The job challenged her, kept her on her toes and gave her satisfaction.

A friend then told Ann about a job advert in a local paper. Ann saw it and noticed the salary offered was around £22-£25k, quite a bit higher than she was on now, but for doing essentially the same job.

Ann applied for it. She got a favourable reply and went for the interview. She thought it went well.

A couple of weeks later, she got the letter saying thanks for attending, but they weren’t going to take her application further.

Ann was very disappointed. She still had her current job but now, where she used to enjoy the challenges, she now felt overwhelmed. Where she used to have satisfaction, she now had disdain.

What had changed? The job was exactly the same, the pay was the same, the conditions were the same. But she had been shown something else, an opportunity that would have given her a better standard of living. And the fact she didn’t have it made her feel disillusioned with her current state and situation. Consequently, she is now looking for job opportunities that she wasn’t looking for before.

Why am I telling you Ann’s story? Because it’s possible that our prospects and clients might be feeling the same way.

Many times, you approach a prospect and they say they are happy in their current situation. They are in their comfort zone, with no reason to change. Like Ann, they are satisfied as they are.

Then, you show them an opportunity, helping them see how things could be even better with your services. You prove to them that what you have could bring more benefits, better productivity and greater profitability.

What you’ve produced is called ‘dissonance’.

Dissonance is defined as a simultaneous combination of tones conventionally accepted as being in a state of unrest and needing completion. This creates disharmony, a feeling of discord, and may make a person feel unhappy with the current situation, wanting to resolve the disharmony that they didn’t even knew existed before.

It’s like the old television programme called ‘Bullseye’, where the contestant who lost out was then shown what they could have won, when the curtain was drawn back. Before that, they didn’t know what was on offer….now they did and they felt gutted!

Prospects who are happy with their current supplier often don’t see what might be available with someone else. When they DO see it, it could create discord between what they have now and what they could have in the future.

So this is your opportunity to raise that discord. Show your prospect how they could benefit from your services. Paint the picture of how their future could be different with you. Associate more benefits with your products than with what they have at the moment.

And, if your products and services can help them achieve the better future they could have, you have provided the answer to that discord, that disharmonious feeling between current position and future possibility.

I helped Ann get her persepctive right by talking about how she can still be happy and content now, while still seeking better opportunities in the future. You can do the same with clients, helping them see those opportunities that only you can bring for them in the future.